Baby kittens among the many killed at PG ASF.'

The outlook for animals and people in Prince George's County, Maryland -- "Good to Great" or "Bad to Worse"? 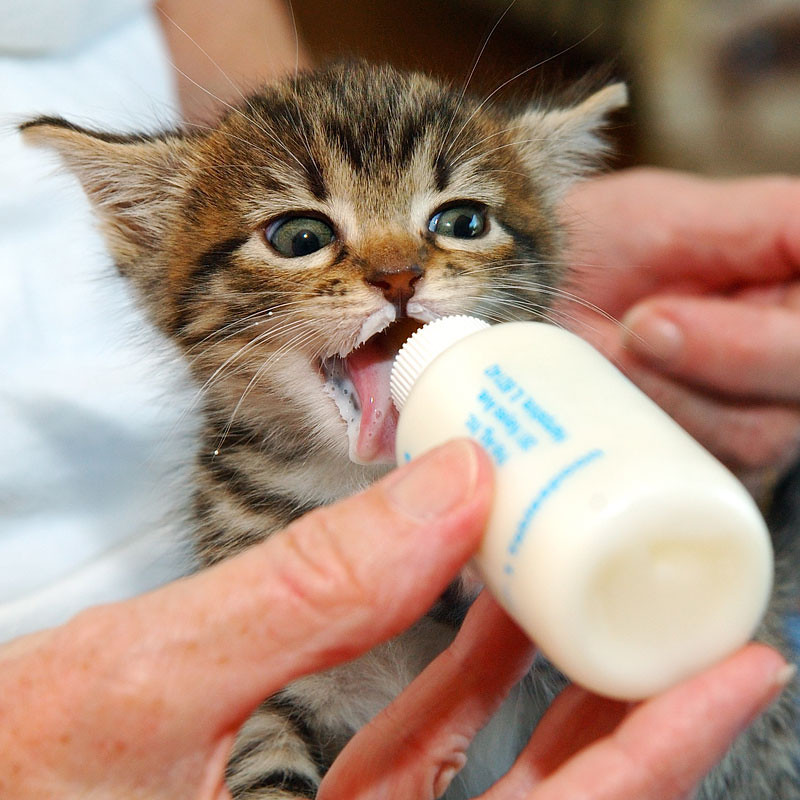 During the past decade, 85% of all cats brought into the Prince George's County Animal Services Facility (ASF) have been killed. Some of them have been young and could have benefited from a bit of help from a surrogate mom. A few have been mature and would have been perfectly happy to live out their lives sharing a couch, watching Animal Planet, at the side of a loving person. The vast majority of those killed have been healthy and adoptable.

During the single month of June 2011, 970 animals were killed at the ASF. Only 40 of these were documented as requiring euthanasia by a veterinarian.

More than three times as many, 126 of them, were baby kittens.

What does it mean to be a baby kitten at the Prince George's County ASF? Here is a description of what happens, as previously published in the Austin Statesman:

"A 7-week-old kitten weighs about a pound; its veins are the size of vermicelli. So if you're administering a lethal dose of sodium pentobarbital, an anesthetic agent blue as a summer sky, you'll probably inject directly into its round, spotted belly. If you have five cages of kittens to kill this morning, you don't have time to go looking for slippery little veins.

A kitten with a hand gripping the scruff of its neck and a needle in its belly will squeal in terror, but once you've pulled out the needle and placed it back into a cage with its siblings, it will shake its head and start to get on with its kittenish business. Then it starts to look woozy, and begins to stumble around. It licks its lips, tasting the chemical absorbed into its system. Soon, it becomes too sedated to stand. The animal collapses, and when its lungs become too sedated to inflate, it stops breathing." 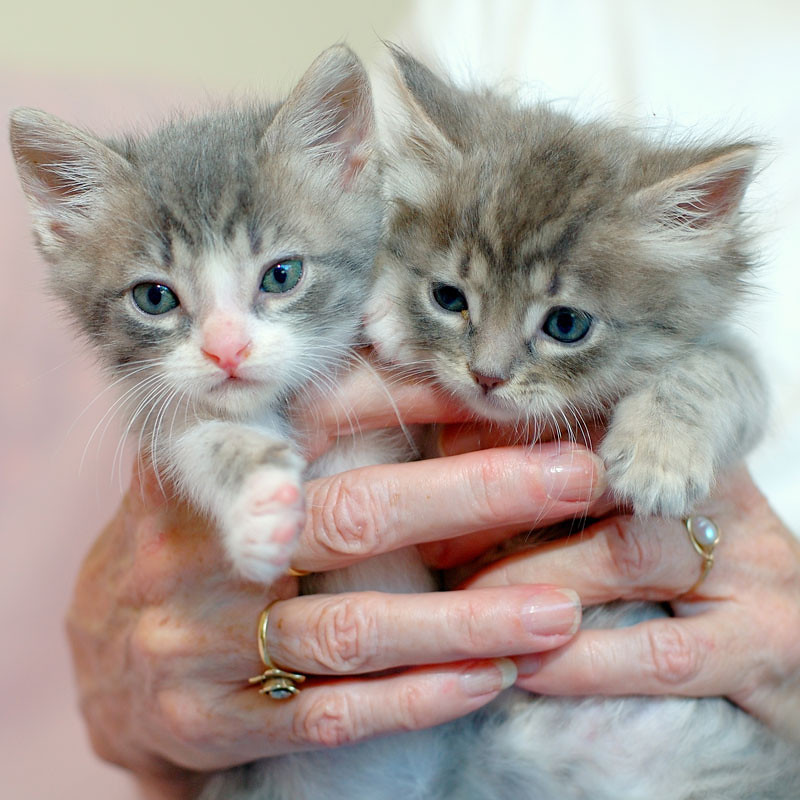 "Any kitten under four (4) months must be ... brought to the Prince George's County Animal Control Facility for evaluation and possible rehabilitation and adoption."

With the additional load that this will place on intake, the possibility of rehabilitation and adoption of these cats becomes even less likely. Inevitably, the historical 85% kill rate will increase.

Rodney Taylor, currently the Administrator of the Prince George's County Animal Management Division, was installed in his position back in 1998 by the recently re-appointed Director of the Department of Environmental Resources, Samuel Wynkoop, and has been responsible for more than 62,000 animals being killed during the past decade. This is in spite of the example provided by, and the personalized instruction given by neighboring open admissions municipal shelter directors who are achieving a 90%+ save rate.

Taylor has the cooperation of the Commission, with it's entrenched members and their oppressive agenda, who are determined to impose even more restrictive policies, which can not help but result in more fines, higher rates of impoundment, fewer redemptions, and more killing.

During his campaign, Rushern Baker promised to "get the right people working at the shelter", but so far, has not done so. In fact, Bradford Seamon, Mr. Baker's Deputy Chief Administrative Officer, says of Wynkoop and Taylor, "I'm confident that their dedication and leadership will CONTINUE to meet the needs of the citizens and provide for the health and welfare of the animal population in Prince George's County." This was stated during the month of June 2011 -- the very month in which the all-time high record was set for killing. 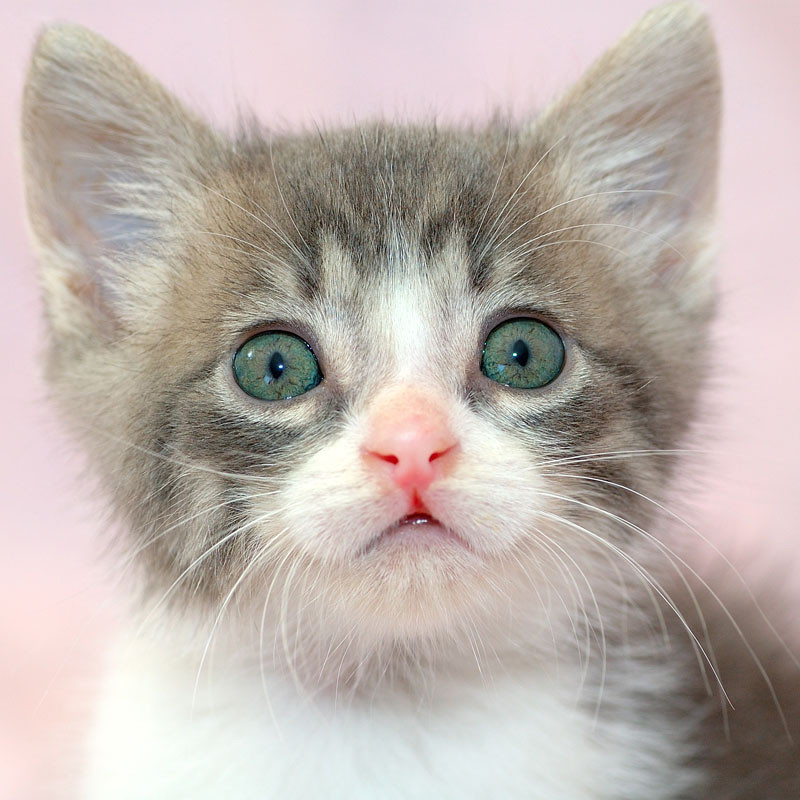 With the current trend, considering the proven failure of Wynkoop and Taylor to produce demonstrable improvement, the Commission's determination to impose more oppressive policies, Seamon's apparent inability to recognize the difference between killing and saving animals, and County Executive Baker's disregard for his promise, we can only expect that the environment for pets and their people will continue to go from bad to worse.

When it became apparent that Animal Management Division and the Commission for Animal Control were not going to change for the better voluntarily, Prince Georges Feral Friends, SPCA filed suit against the county. Our initial charges included the unconstitutional enforcement of the Animal Control Statute by AMD, violations of the Open Meetings Act by the CAC, and the failure to follow Regulations. As we have learned more about the county's operation, even more violations have surfaced, so this is only the beginning.

Our suit has stopped the oppressive proposal from going forward from the CAC, at least temporarily. We have to continue to press these charges and expand the suit to include as many of the violations as possible. We need to expose the failure of those who have been charged with sheltering the county's animals and serving the county's people. We need to hold Mr. Baker to his promise to "get the right people working at the shelter".

There are several ways in which you can join us to counter this downward spiral. If you have not yet signed our petition, please do so, and send a message to Mr. Baker to "Get the right people on the bus", as he has so often said. Then please be as generous as you can to help us to pay for the legal fees necessary to pursue this case.

Because we are challenging the County on a constitutional basis, the impact of our winning this suit will domino all around the United States. This suit will likely affect you, your friends and neighbors, even if you are outside of Prince George's County and the state of Maryland. Please forward this message to everyone you know who cares about the humane treatment of animals and people.

Please help us to defend the people and animals of Prince George's County. We have already raised and expended over $25,000. We need to raise another $15,000 before the end of October to cover the expenses of the imminent hearing, plus the costs associated with depositions, transcripts, etc. Please help us to keep up this fight until there is fair and humane treatment of the animals and people of Prince George's County.
Click on the icon to the left to see some options.
Thank you, very much!