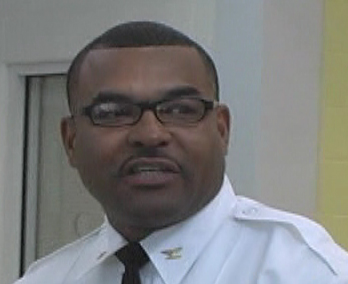 Activity in the animal sheltering business is cyclical. The summer season is always very busy, while the winter is less so. During the Summer months, June is always very active, followed by July which is not quite so. Then either August or September is extremely busy, and almost always exceeds June. This year, an all-time record was set in June, with the killing of 970 animals in that single month, only 40 of which were actual euthanasias.

This news directed a good deal of attention to Rodney Taylor's failure to perform, which was exposed in several articles published in the Examiner, August 9, and in the Gazette, August 11.

After the Monthly Report for July was posted, there was a deafening silence. There had been no reports posted since the July report when, in mid-November, I wrote a document, Where Has All The Data Gone? Long Time Passing, in which I predicted that Rodney Taylor, the outgoing Administrator of Animal Management, would take one of three approaches to dealing with incriminating facts relevant to his poor performance:

I must give credit where credit is due. With the publication of the Monthly Report for October, Taylor has not only met my expectations, but has exceeded them. Not only did he adopt one of those three approaches to hiding the truth about his performance, he adopted ALL THREE.

What is "Creative Miscategorization"?

Approximately two dozen open admission municipal shelters have transformed their facilities from the local "pound" where animals go to die, into positive community resources which save 90% or more of all animals presented to them. These facilities have found that there are always some animals who are suffering, and can not be saved. They must be euthanized. The number of animals in this category is never more than 10% of all animals presented, at the very most. But as those progressive agencies develop programs to deal with animals that require special care, treatment and rehabilitation, some of them save as high as 97% -- a 3% euthanasia rate.

Taylor reports that during the month of October, 1138 live animals were taken in. He claims that 396 of them needed to be "euthanized". That is 35% of the live intake, or more than ten times the typical rate of euthanasias. Obviously, many of these animals did not need to be euthanized, but were categorized as such in order to cover up the high kill rate that persists under his rule. For every one animal that actually needed to be euthanized, ten or more were needlessly killed.

Taylor continues to hide the fact that, under his rule, the adoption rate has remained flat at about 10% during the past decade. The increase in the live release rate from 10% to 30% has been accomplished by enlisting non-profit rescue groups to find homes for pets where he has failed. Although the October Monthly Report lists 308 "adoptions", Taylor conceals the fact that two out of three of them were actually transfers.

Taylor's failure to perform as required continues to set records. According to the Monthly Reports posted on the county's web site, every month reported on during the past year, save one, reflects a higher kill rate than that in the same month of both of the previous two years.

Unfortunately, these are promises that are yet to be fulfilled. We are anxiously anticipating the removal of Samuel Wynkoop, the Director of the Department of Environmental Resources, from the Animal Management hierarchy, and the replacement of Rodney Taylor as Administrator of Animal Management. This should be happening soon, but it can not happen soon enough.

We have over 800 signatures on our petition to ask Mr. Baker to "Get the right people on the bus." We would like to present him with a petition with 1,000 signatures on it. Will you please help us reach that goal? If you have not signed the petition, please do so. If you have already signed the petition, send an email message, make a phone call, or write a letter to the addresses below.

Please forward this message to those that you know would prefer to see more animals saved, rather than killed at the Prince George's County Animal Services Facility.

County Executive Baker and his deputy can also be reached as follows:

Prince Georges Feral Friends, SPCA is a non-profit 501(c)(3) charitable organization, working to protect the people and animals of Prince George's County. It is supported by donations from individuals. Donations are tax-deductible.

Click on the icon to see some options.
Thank you, very much!